The Forrest General Healthcare Foundation has started selling tickets for a chance to win a 2021 fully loaded Honda CR-V EX-L. Tickets are $75 each, and only 1,200 tickets will be sold. A virtual drawing of tickets will be held at 6:00 p.m. Thursday, December 10, 2020, at Vardaman Honda, 802 Broadway Drive. Proceeds from this year’s Win This Car will benefit healthcare in the Pine Belt Community.

There are several ways you can purchase tickets. Participants may use a credit card to order tickets online or by mailing a completed order form with $75 payment to Forrest General Healthcare Foundation, P.O. Box 19010, Hattiesburg, MS 39404. Tickets are also on sale in the Foundation office at 125 S. 28th Ave., Suite 149, Hattiesburg, or you may fax a completed order form to 601-288-4367. The deadline for purchasing tickets is 4 p.m. on Friday, December 4.

In the Hospitality State and at Forrest General, we understand what it means to give and receive warm service. Additionally, in healthcare, we expect a safe environment and exceptional care. Recently, so much has changed about our lives — the way we shop, play, work, and learn — and especially how we experience healthcare. Today and always, Forrest General is doing everything possible to ensure your health and safety. As we focus on our mission to do what is best for our patients, we want you to know your health, wellness, and peace of mind continues to be our most important priority.

TELEHEALTH BENEFITS: HEALTHCARE FROM THE CONVENIENCE AND COMFORT OF HOME

Of course, this is not everything the hospital does to provide high levels of quality care. For instance, we did not touch on telemedicine, health education, screening opportunities, and advanced equipment and treatment options. However, at the end of the day, the reason we do what we do is because we truly care about everyone who walks through our doors. Our organization and teams of professionals are committed to Forrest General’s We C.A.R.E. Values, demonstrating the warmth and compassion our patients deserve and need to recover from illness or injury.

We understand that infection prevention measures and cleanliness of your healthcare settings has never been more important. When you walk through our doors, you are entering the safest environment possible.

The health IT field has revolutionized what we can offer our patients. Not only does it allow us to keep track of your health history, medications, immunizations, and treatment, but it also allows us to exchange health information with your healthcare providers more easily and efficiently.

Read more about getting the care you need, our infection prevention and cleanliness measures, and how you can benefit from healthcare technology and telehealth in this month's blog post. 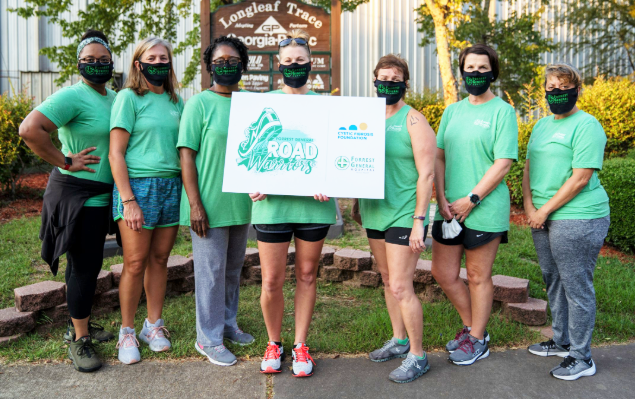 FG Road Warriors is a group of employees (walkers and runners) who enjoy participating in local races. “The group was formed to represent Forrest General Hospital prior to the Hattiesburg Half Marathon, but unfortunately, COVID caused the race to be cancelled,” said Kim Huddleston, Wellness coordinator, who oversees the group.

Running is never cancelled, so the group decided to start participating in virtual races. The first virtual 5K was the Run for Breath for the Cystic Fibrosis Foundation. The group met at the Longleaf Trace Rails for Trails and covered the 5K as a socially distant group. Next up is the Diabetes Foundation virtual 5K.

Medicare's Annual Enrollment Period is Near!

The Care Management Organization can help.

During Medicare’s Annual Enrollment Period, a Medicare enrollee can:

When Forrest General opened its doors to its first patients on July 15, 1952, the obstetrics unit was the only service line opened as the rest of the hospital construction was being completed. That proved lucky for Rachel Buchanan of Hattiesburg when she and her husband, Isaiah, welcomed the hospital’s first set of twins, Patrice and Maurice, on August 21, 1952. Those twins recently celebrated their 68th birthday last month among family and friends in Georgia.

In all, 403 babies were born at the hospital in the latter half of 1952. The Buchanan twins are proud to be amongst that group. Their mother, Rachel Burnett, now 90, and living in a senior retirement center in Stone Mountain, Georgia, still enjoys talking about those early days when she was a young mother at 22 and her husband was stationed in Virginia with the military.

Rachel said the family was elated when they learned they were having twins, and especially so after a diligent search of the family history found no other record of twins ever having been born in the family.

“Can you imagine a 22-year-old mother taking care of twins while still learning myself,” she said. “I tell you, it was a blessing to be there with my mom and dad to get help because, otherwise, I think I would have gone out of my mind. It was scary, really scary.”

The birth of Patrice and Maurice was the first time Rachel had been to Forrest General Hospital. Their son, Edgar, had been born at the Infirmary in downtown Hattiesburg. Her doctors were Kelly Ramsay O’Neal, Sr., M.D., and Glen Pearson, M.D. “They were my lifesavers. I dearly loved both of them; they were so sweet to me,” she said. 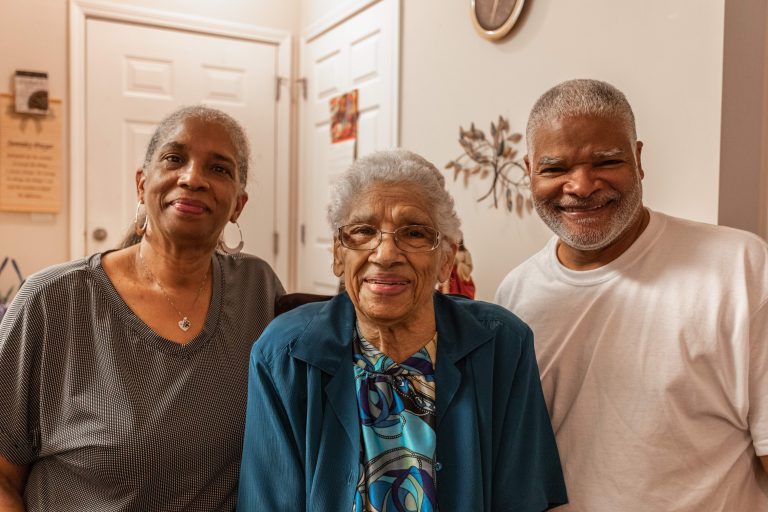 ABOVE: Patrice Buchanan Diamond, left, and her twin, Maurine (Motty) Buchanan, right, pose with their 90-year-old mother, Rachel BuchananBurnett. LEFT: Rachel Buchanan with her twins, Patrice, and Maurice,who were the first set of twins born at Forrest General Hospital in 1952.

Miriam Barron was head nurse of the maternity ward and the hospital’s first Director of Nursing. Rachel remembers the starched white uniforms – from their caps down to their shoes – and how she thought they were the most beautiful nurses she’d ever seen. “They were beautiful in those white caps, white shoes,” she said. “You could hear them walking down the hall with those shoes squeaking.”

Rachel’s sister, Alice Denard, was a nurse’s aide under Barron’s guidance. Alice, the mother of Hattiesburg Councilwoman Debra Delgado and her brother, Donald, is the one who named the twins. While Rachel doesn’t remember where the name Maurice came from, Patrice’s name came from an opera singer at the time. (Patrice Munsel performed often with New York’s Metropolitan Opera, and was the youngest singer ever to star with the MO).

Read more about their journey on the news section of our website.

Do you have a loved one in the hospital or a friend who had a baby? Take a few  minutes to brighten their day with a gift from C.A.R.E.ing Expressions! Flowers, candy, cards and balloons make a great “Get Well Soon,” gift, or think outside of the box with candles, decorative items, or other decor and beauty items from the gift shop!

The best part is that you don’t even have to leave work or home. Shop online at giftshop.forrestgeneral.com or call 601-288-4283 to find everything you need and have it delivered anywhere in the hospital, excluding the ICU, at no extra charge!

A Message from Lacey

Recently, we had a special message from Mean Girls and Hallmark Movie actress, Lacey Chabert! As a native of of Purvis, and born at Forrest General Hospital, we cannot wait to welcome her back to the Pine Belt!

To view her special message, visit the Spirit of Women Facebook page. 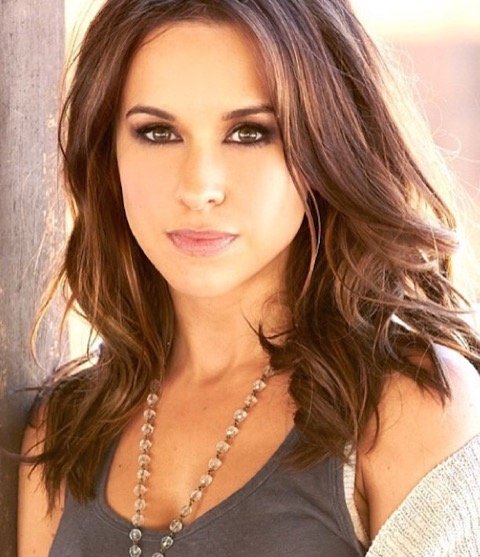 Best of the Pine Belt

Have you heard? Forrest General has been awarded “Best Hospital/Medical Center” for Best of the Pine Belt 2020! Congratulations to all of our employees, and thank you to everyone who voted!

Home for the Holidays

From ornaments, to garlands, and centerpieces, what’s your Christmas decor style? Stay tuned for updates on social media for some exciting tips and tricks from design experts, Brandon Chase Welborn. 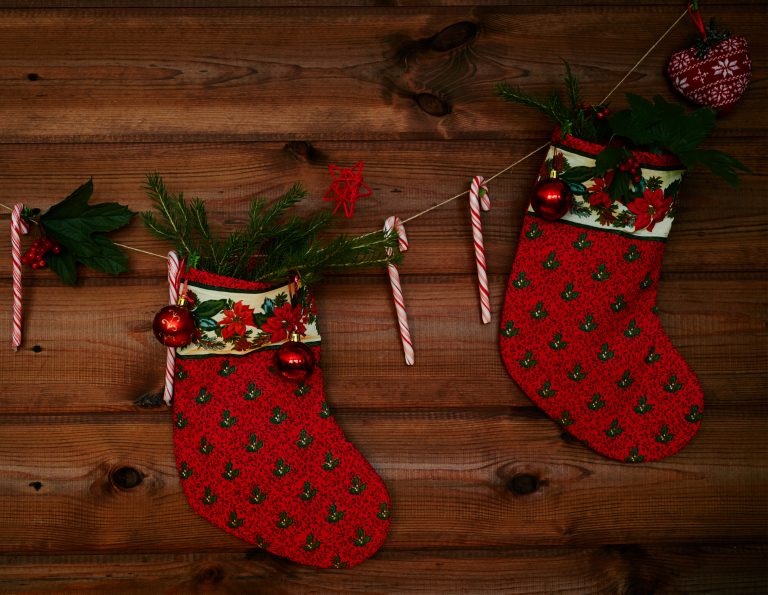 Are you or a loved one needing a flu shot? Call the Family Medicine Residency Clinic at 601-279-3300 Monday through Friday 8 a.m. – 5 p.m. to make your appointment today! 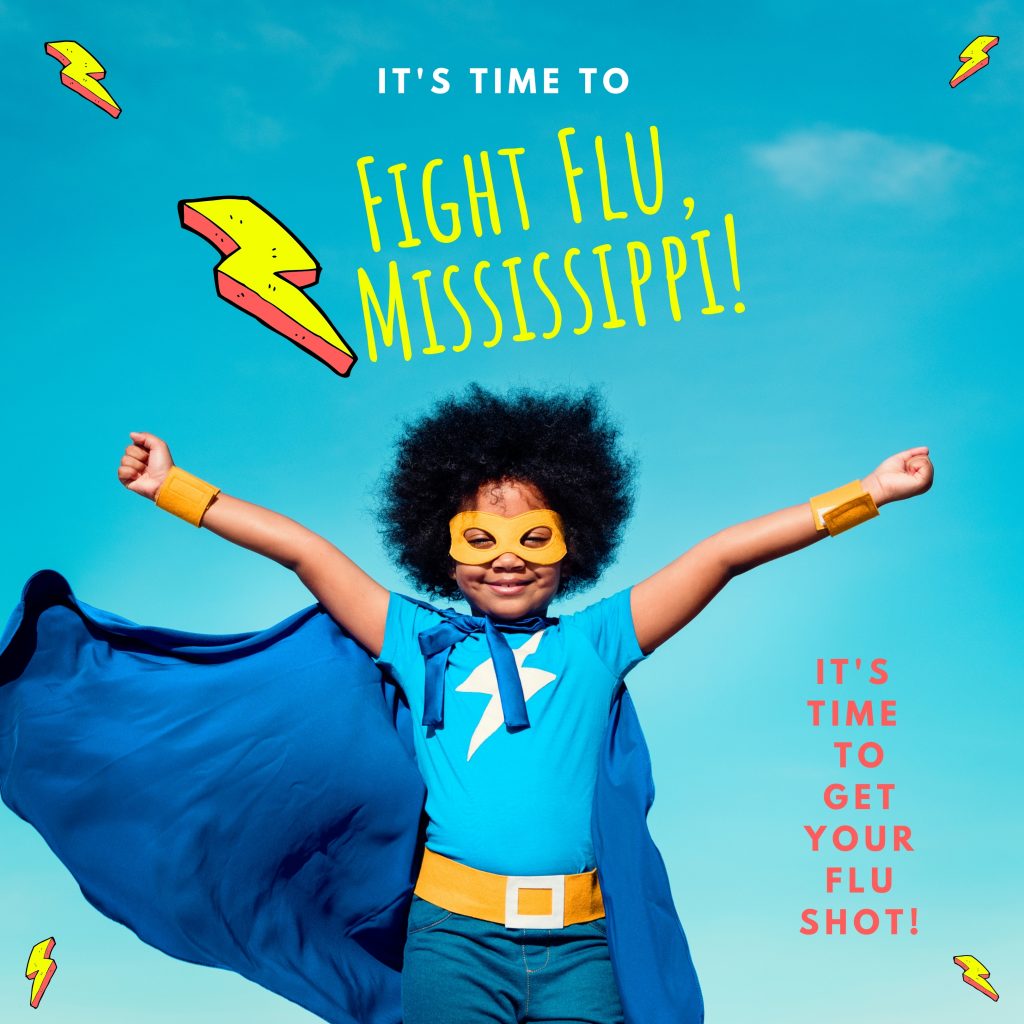 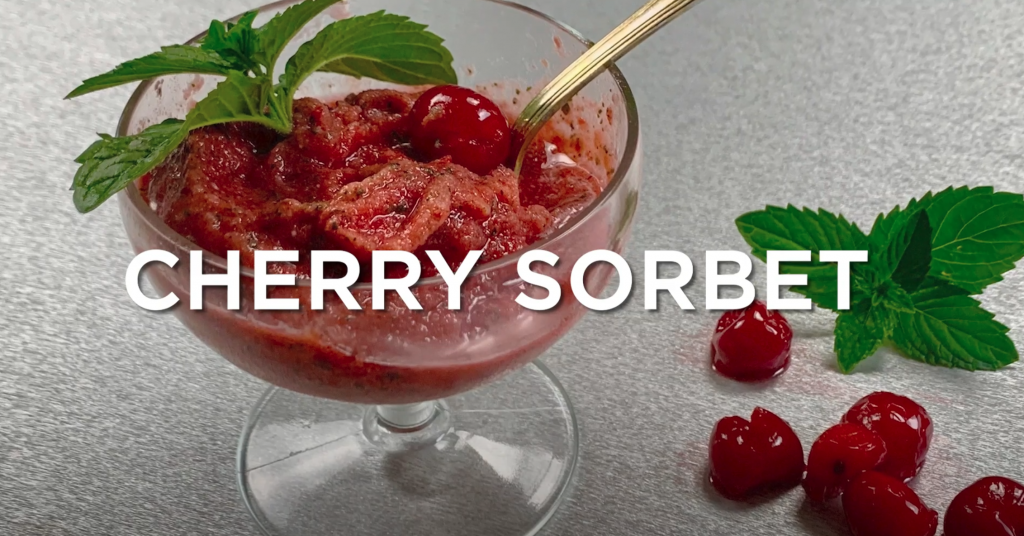 Place the tart cherries, maple syrup, lemon juice, mint, coconut milk, water and salt in a high-speed blender. Blend on low and gradually work up to high speed. Blend until the fruit is very smooth and thick, like the texture of soft-serve.

(Don’t overmix or your sorbet will start melting from the heat of the blender. If your cherries are too hard to blend, let them thaw for just a few minutes until your blender blade will move.)

Serve as soft-serve immediately or pour into a freezer-safe container and freeze until firm, about 2-3 hours or overnight. If the sorbet firms up overnight, let it sit at room temp for 15 minutes until it’s scoop-able.

ZOOM with the (OLLI) at the University of Southern Mississippi! If you’re 50 or older and looking for ways to keep your mind and busy active in the pandemic days, OLLI is the place for you. We offer online courses in a variety of fields: exercise, history, psychology, and religion, among others. The annual membership fee is $50, and class fees typically range from $5 to $25. Call us at 601-264-2780. We’ll help you enroll and will be happy to assist you in Zoom!

We are also booking private field trips on weekdays. We are making all of the preparations we can to provide a safe, outdoor event, that is a fun environment for families this fall.

Get your holiday shopping done ahead of time so you can enjoy the reason for the season. 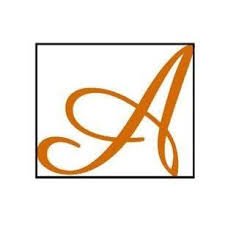 All in-stock rugs will be on sale.
111 Office Park Dr.
Hattiesburg